Austenitic Stainless Steels are the most common and familiar types of stainless steel. They are most easily recognized as nonmagnetic. They are extremely formable and weldable, and they can be successfully used from cryogenic temperatures to the red-hot temperatures of furnaces and jet engines. They contain between about 16 and 25% chromium, and Other elements, such as nickel, molybdenum, titanium, aluminum, niobium, copper, nitrogen, sulfur, phosphorus, or selenium, may be added to increase corrosion resistance to specific environments, enhance oxidation resistance, and impart special characteristics.

Austenitic steels can be divided into two groups: 300 series and 200 series. 300 series steels contain at least 8% nickel whereas 200 series steels replace portions of that nickel with cheaper alloys such as nitrogen or manganese. Austenitic are best known for its corrosion resistance which is why they are often used for stainless steel applications. Making up more than 70% of steel production, they are also one of the most commonly used stainless steels, with grade 304 being by far the most preferred type.

Characteristics
Ferritic steels have a body-centered cubic (BCC) grain structure, but the austenitic range of stainless steels are defined by their face-centered cubic (FCC) crystal structure, which has one atom at each corner of the cube and one in the middle of each face. This grain structure forms when a sufficient quantity of nickel is added to the alloy—8 to 10 percent in a standard 18 percent chromium alloy.

Nickel-based austenitic steels are classified as 300 series. The most common of these is grade 304, which typically contains 18 percent chromium and 8 percent nickel. Eight percent is the minimum amount of nickel that can be added to a stainless-steel containing 18 percent chromium in order to completely convert all the ferrite to austenite. Molybdenum can also be added to a level of about 2 percent for grade 316 to improve corrosion resistance. 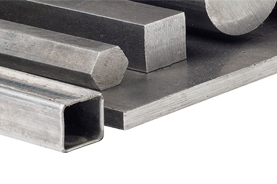 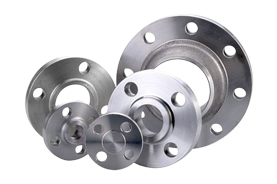